ASP of Charlotte has been recognized as ASP’s 2014 Franchise of the Year. The award was given to ASP of Charlotte owners Colon & Pam Fulk and Chad & Paige Fulk at the annual ASP Owners Meeting in Atlanta, GA. 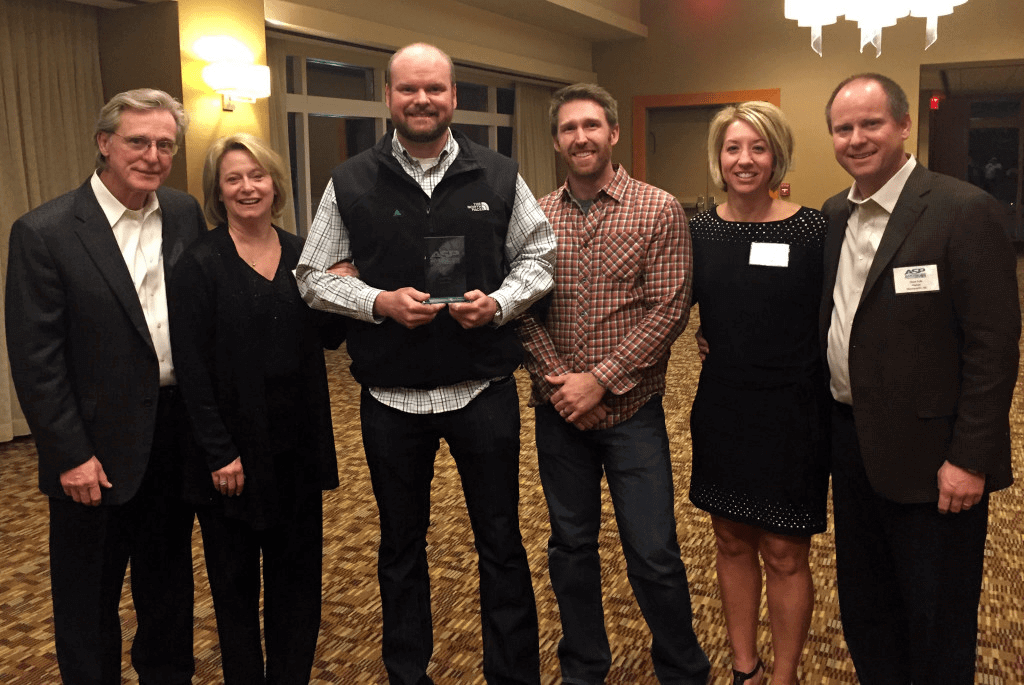 The Franchise of the Year award is a tribute to the best and brightest franchise owner in the system each year, awarded annually at the ASP Owner’s Meeting.

“ASP of Charlotte should be proud of all of the hard work that has gone in o their franchise over the past year, and they deserve recognition for their excellent growth in 2014,” stated Stewart Vernon, Founder and Chief Executive Officer of ASP. “ASP of Charlotte’s attention to detail, work ethic, and utilization of the corporate support system are what got them to this point, and we look forward to watching their continued success.”

Colon & Pam Fulk and Chad & Paige Fulk launched ASP of Charlotte in 2012, and this is the first time that this location has received this award. The Fulk families own the ASP of Charlotte and the ASP of Iredell County franchises in North Carolina and have a strong core staff, meaningful community involvement, and embody all of ASP’s core values to provide swimming pool solutions at economical prices.

ASP - America's Swimming Pool Company, the nation’s largest swimming pool maintenance, repair and renovation franchise was established in 2001 by Stewart Vernon of Macon, Ga. The company was built on the belief that providing the highest-quality pool maintenance with competitive pricing and a high level of dependability will attract customers. Since 2005, ASP has expanded into 139 territories throughout the country, servicing over 200 cities in eighteen states across the country. At this point, the company manages over 100 million gallons of water per week and renovates or remodels more than 250 pools each year. For information, please visit www.ASPpoolco.com. To stay current, like us on Facebook at America’s Swimming Pool Company, and follow us on Twitter at @AmericaSPoolCo.